Has the closure of this influential brand left a power vacuum in the fashion industry, ripe for revolution?

Raf Simons in November announced that he is closing his eponymous brand after 27 years. A force of nature in the industry who will be talked about for generations, the end of the Raf Simons brand signals wider changes in the industry and the disruption of the traditional business model of the fashion brand.

One of the stand out factors in the announcement is the abrupt closure of the brand, which is intrinsically linked to the fact that Raf Simons is still independently owned, with no brick and mortar stores. The majority of brands that survive today need investment from one of the big investment groups (Kering/LVMH/Gucci/OTB/etc) which leaves them beholden to these corporate giants.

Investors, obviously driven by profits over creative vision, don't see a connection between a founder's legacy and the brand's survival. If a founder leaves a company they will just bring in a new creative director (usually a London Fashion Week alumni) to breathe a new lease of avant-garde counterculture into an old brand. The wheels need to keep turning and the profits need to keep flowing. 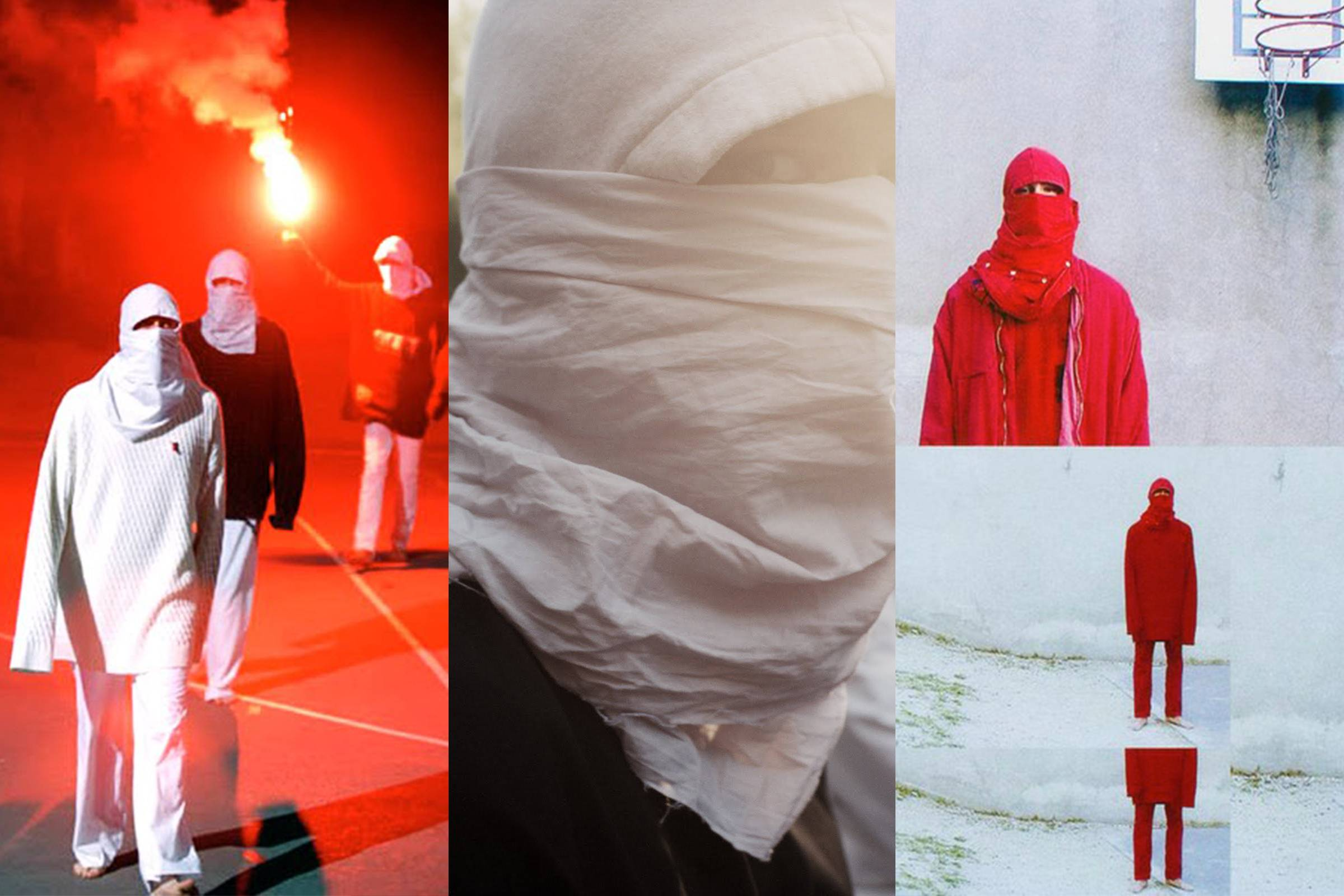 There are many designers that never had the power to close their brands under their own terms. Most notably and arguably one of Simons’ biggest influences, in this case, was Martin Margiela. Following Martin’s departure from his brand in 2009, the design team took over for five years to continue his vision without a creative director. It was reported that this 5-year span started because he was unable to find a successor, with Simons himself being offered the role but turning it down. I’m positive if Margiela was independently owned (with the OTB Group having a majority ownership) Martin also would have closed his brand, just as Simons has.

"Simons is a rare talent, in that his work has
spanned generations and is still referenced
across the board in all aspects of design."

With all the major players in the fashion world being owned by corporations, they don't have the option to close. Simons being arguably the most successful and revered designer of his generation means there are no financial reasons for him to shut down. The finality of his brand's closure feels so unnerving to me.

It is this unease that feels like a major milestone in the history of fashion. Does the end of Raf Simons brand signal that the industry is ready to move on from the generation of designers he represents and towards a new way of thinking? Simons is a rare talent, in that his work has spanned generations and is still referenced across the board in all aspects of design, not just from fashion but through furniture, homewear, graphic design and more. It was through this influence that Simons felt like the bridge between the 80s fashion scene right to the post 2010 era. But then, you could argue that the industry says this about a designer from every generation. 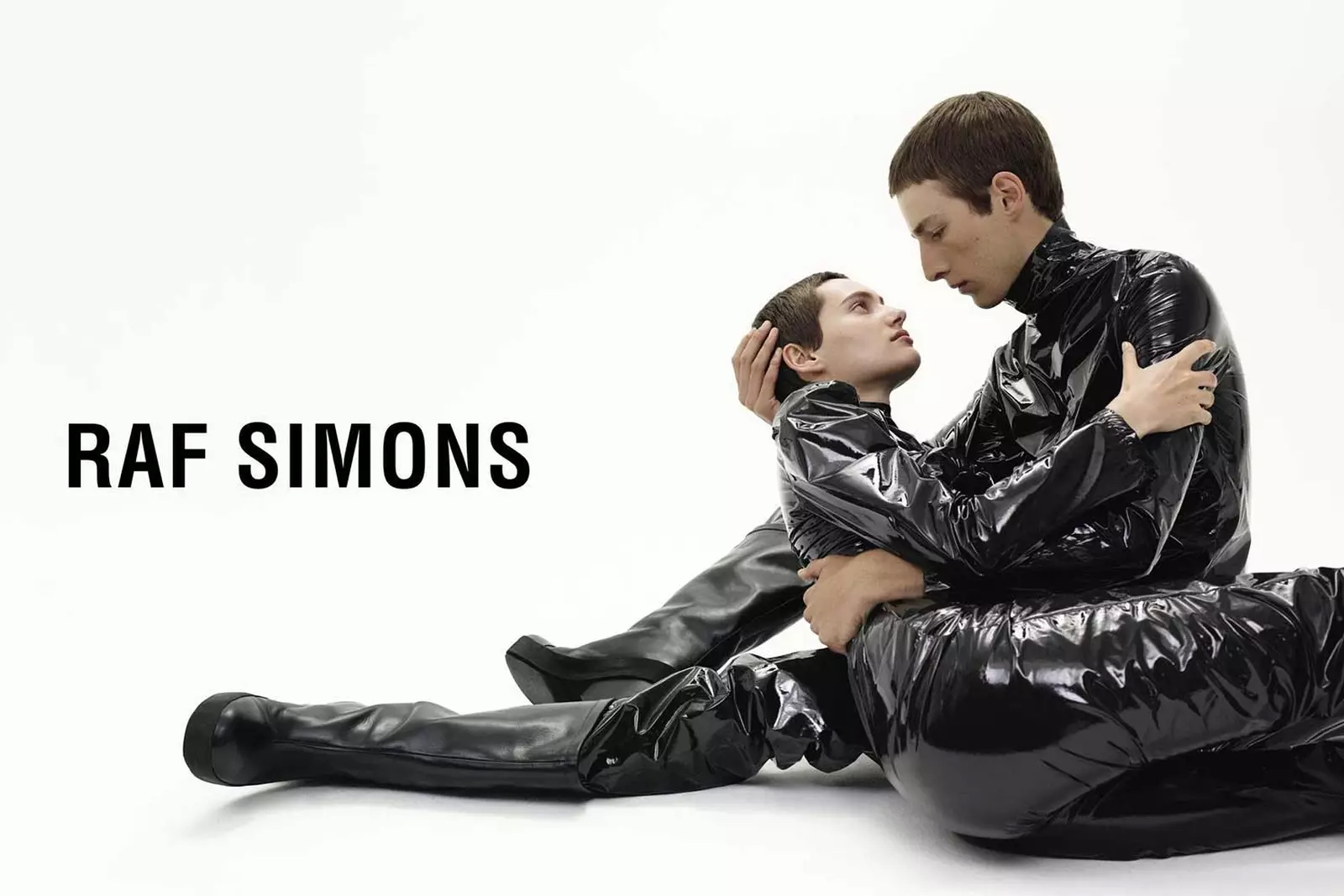 Were critics, stylists and peers saying the same thing about Yves Saint Laurent from the high couture era to the 60s/70s? Does anything original happen now, not only in terms of cyclical inspiration trends, but in a cyclical progression of the industry model?

It is this industry model and progression that got me thinking about the timelessness of design. Today, every aspect of design is driven in such a quick succession of trends. Which raises the question: does timelessness matter anymore? The only brands that seem to be dealing in this mindset are ones founded decades ago, such as Comme des Garcons and Yojhi Yamamoto, Margaret Howell or Dries Van Noten. Perhaps this was because they were from an era where they had time to breathe and propagate their ideas, cement themselves into the zeitgeist and then adapt to the current climate of digital marketing.

"Youth counterculture was always at the core
of what made the Raf Simons brand unique."

Young brands of the moment have to work at breakneck speeds, marketing themselves to show at fashion week while competing with established brands that have teams of people and major budgets behind them. Would Rei Kawakubo have started the empire that she resides over today in our current, adrenalised creative environment? I would hope that she would but somehow I feel it would not come to pass.

Simons and Kawakubo really seem to be cut from the same cloth in the timelessness of their vision, but youth counterculture was always at the core of what made the Raf Simons brand unique. Is this the reason why he stopped the brand? Now being in his fifties Simons must be aware that he can only connect so far to the youth of today. 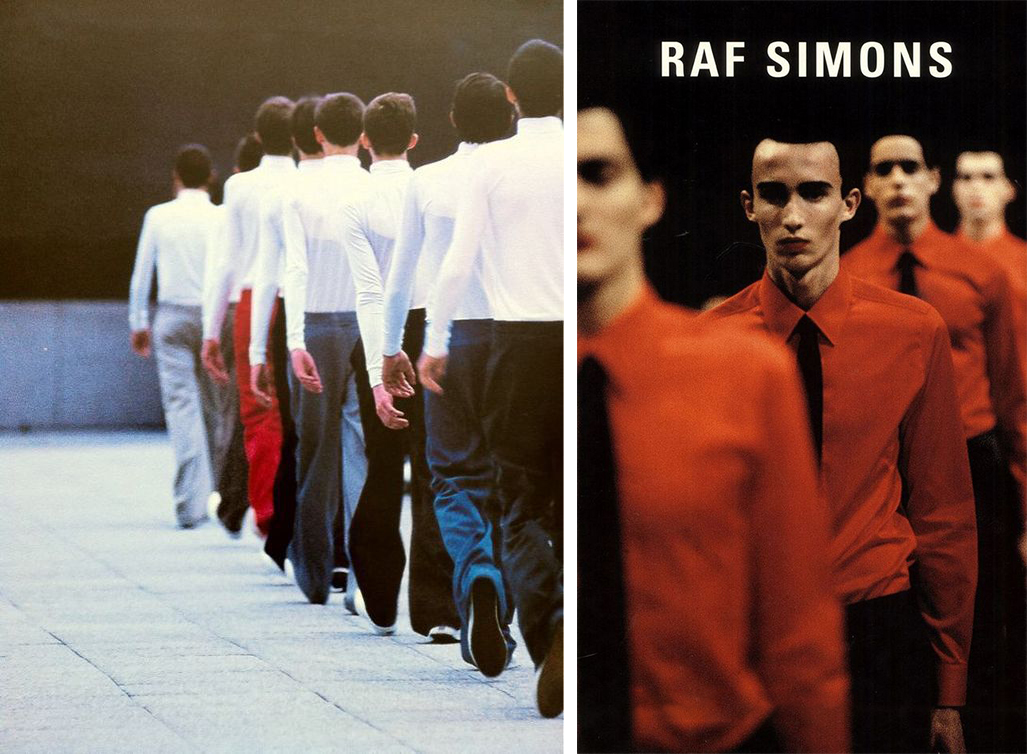 The end of Raf Simons could signal a brilliant moment of self awareness of his relevance to his own brand - has he simply outgrown it? Can he still be genuine about “youth culture” while still referencing Peter Saville, Joy Division and New Order? Has the customer moved on? Does he want to end on a high?

Finishing now has cemented the brand into fashion history as one of the greatest to ever have existed, without the risk of being tarnished by another designer or even worse, fading out and into irrelevance.

There are many things that have kept the brand relevant to younger generations throughout the years, including ASAP Rocky literally writing a song about the man. Most recently however has been his partnership with Adidas. Even though his collection references are amongst those of the most elevated and subverted, there is only so long that these kinds of references keep the next generations engaged. 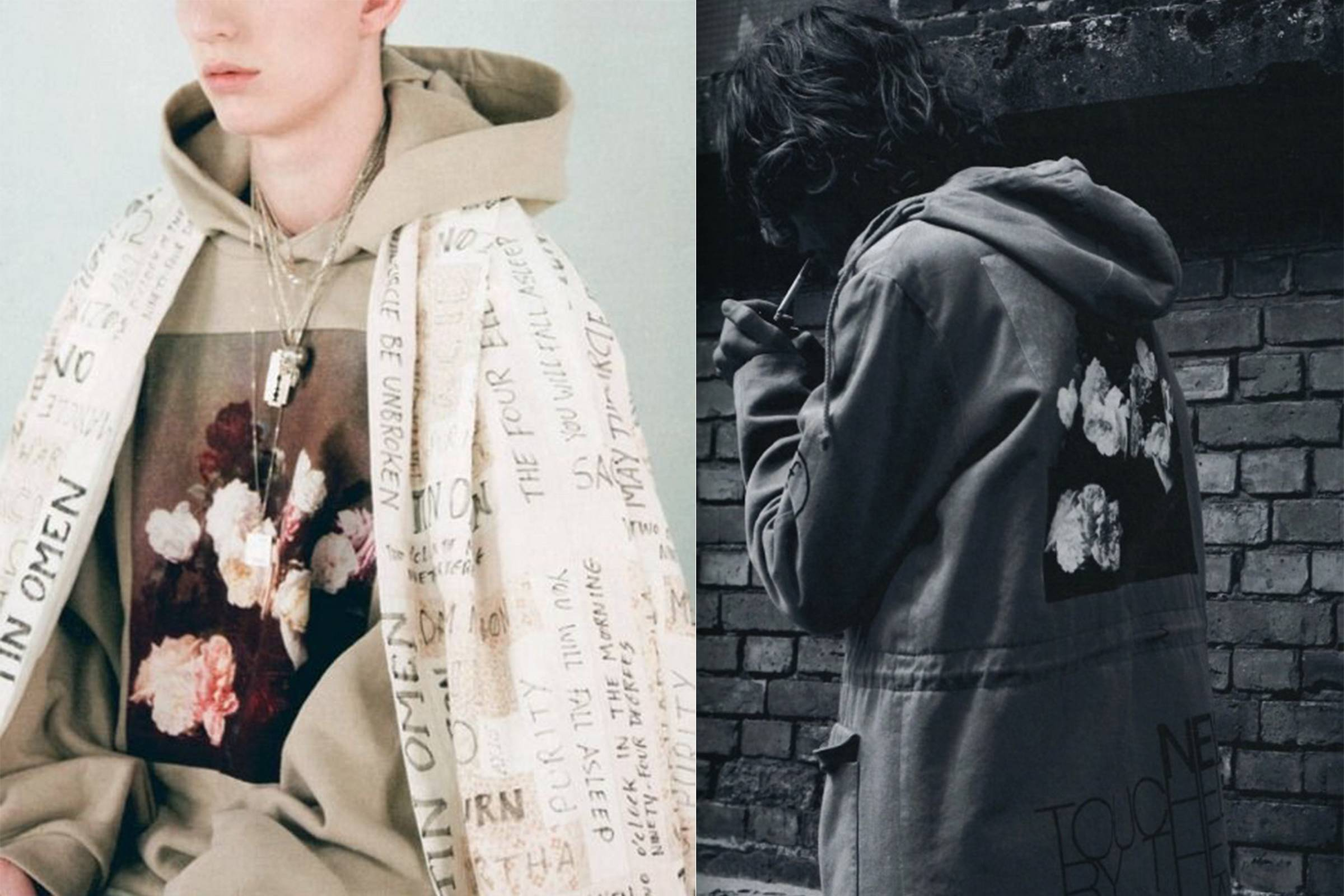 His partnership with the shoe giant was a bridge between the old world of high fashion and the new world of streetwear. Taking aspects of the way that Supreme, Palace or Off-White work, but not over saturating his brand with collaborations which too many brands fall victim to these days.

He has been open with his long standing love of Stan Smiths, which made the partnership a natural fit (and he released a pair of his own with an ‘R’ embedded on the side) but the thing that really connected with a younger customer was what I like to call the ‘educated hype shoe’.

He managed to land himself right in the era of the ‘ugly oversized colourful sneaker’, which aligned perfectly with the Raf Simons aesthetic. Drawing references from the likes of De Stijl and Bauhaus along with a Hiking boot designed for his SS08 collection, he brought art and culture to the masses without them knowing what they were consuming, the mark of any great designer. 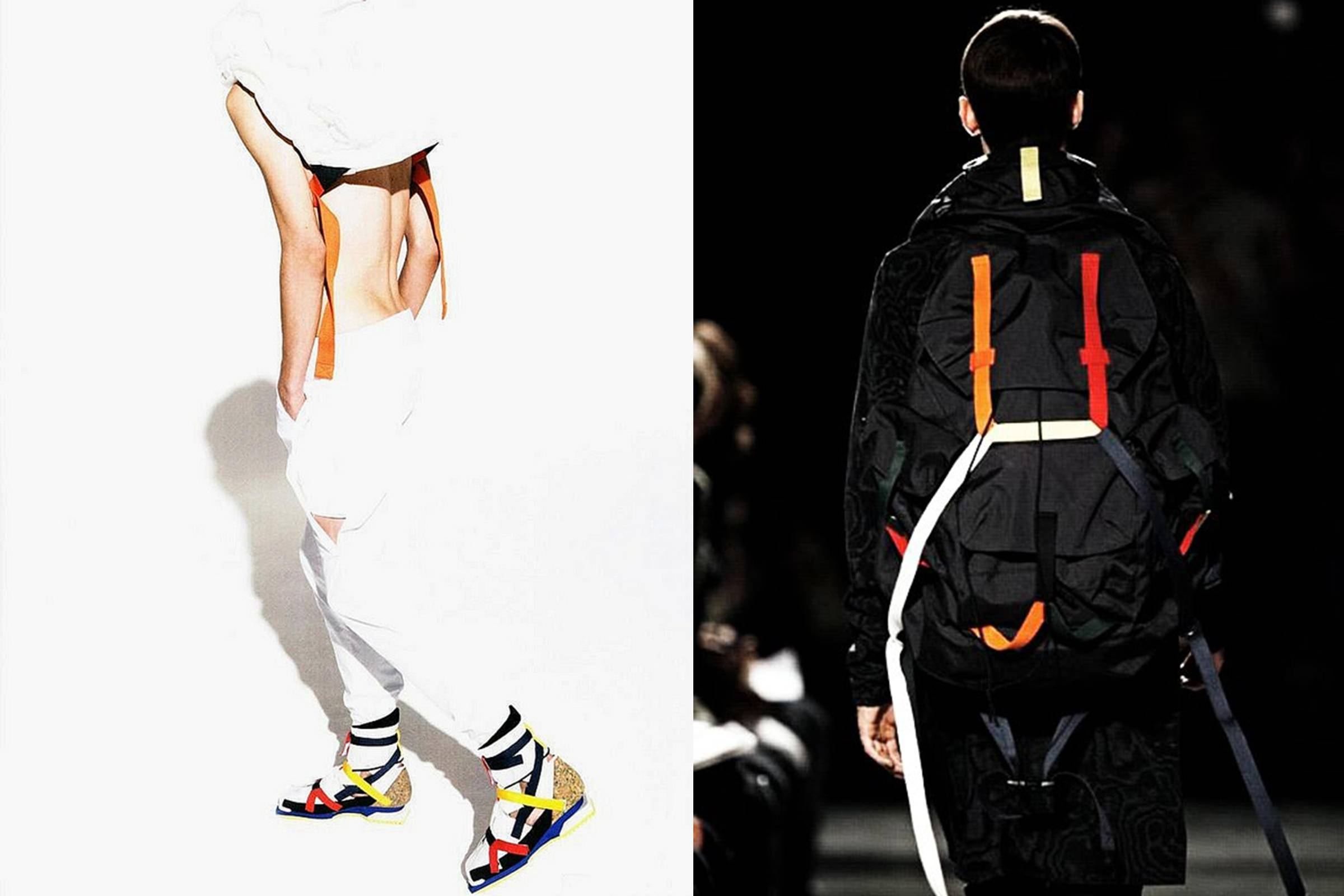 But even with all this Raf Simons the brand and person were untouchable, loved by the critics and public alike, creative directorships at Jil Sander, Dior, Calvin Klein and Prada. He had everything you would need for a successful business and he has decided to stop. Does this show an unsustainable process and business model of the traditional fashion industry? Not in a financial or even environmental sense but rather a creative sense, a brand and creative director that has everything going for him and still is obviously driven by the desire to create, but has been forced out of creating his own collections and instead into the warm and familiar embrace of Prada.

If this was a small designer closing their label and going to work for a bigger label some might say they were giving up on their dreams. In saying that, I know being co-creative director of Prada isn't exactly a step down. But closing down your own brand shows that even when you are successful, the whole process can be mentally and creatively exhausting. 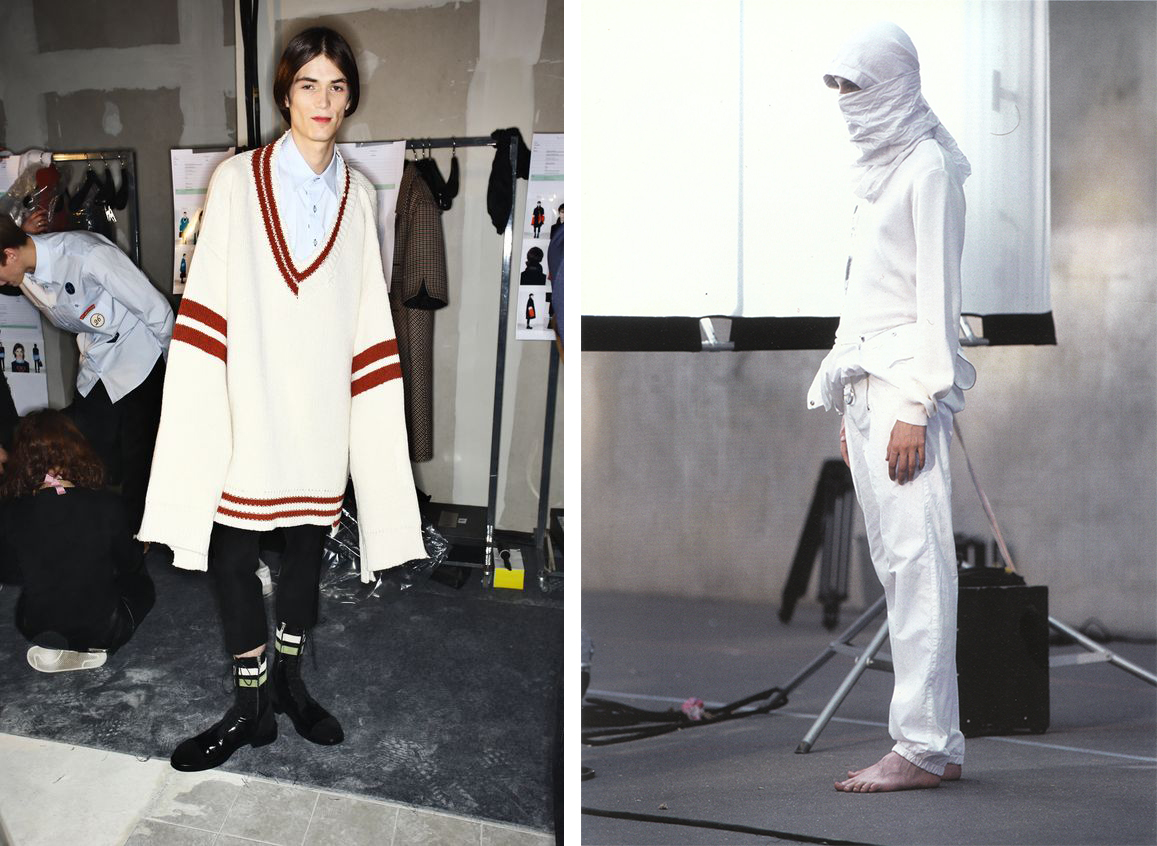 With the emergence of a ‘new guard’ on an international stage, with Virgil being appointed as Artistic Director at Louis Vuitton in 2018 as the prime example, and the meshing of street wear and luxury both aesthetically and through the adoption of technology, it has recently felt like the torch has been passed to a new generation and a new way of thinking which we hope leaves us on the brink of revolution.

Looking back at London Fashion Week schedules even 5 years ago, less than 10% of the brand names would be the same as they are today. So many businesses have gone under which is emblematic of how broken the current system is for smaller brands.

"The barrier to entry for a designer to start a brand
has never been lower with a combination of direct
access to customers through social media along
with affordable and highly functional web stores..."

The industry is still working on that 80s/90s model of producing a collection, showing at fashion week and presenting at a sales showroom in Paris, in the hope that you make more sales on the previous season, while depending on major publications to showcase your work as the main form of marketing. Not to mention that when you grow in sales, shops aren't paying deposits like they used to, so if selling a million pounds worth of stock to stores you need to have £500K to produce it. Very few independent businesses have this kind of cash flow and with the current global financial situation it won't be easy to acquire it either.

It’s easy to forget that this model is not only from a pre-internet time but that we are now in a web3.0 era and on our way towards web 4.0. The barrier to entry for a designer to start a brand has never been lower with a combination of direct access to customers through social media along with affordable and highly functional web stores with providers like Shopify. We need to move past the catwalk mindset and think of the future. 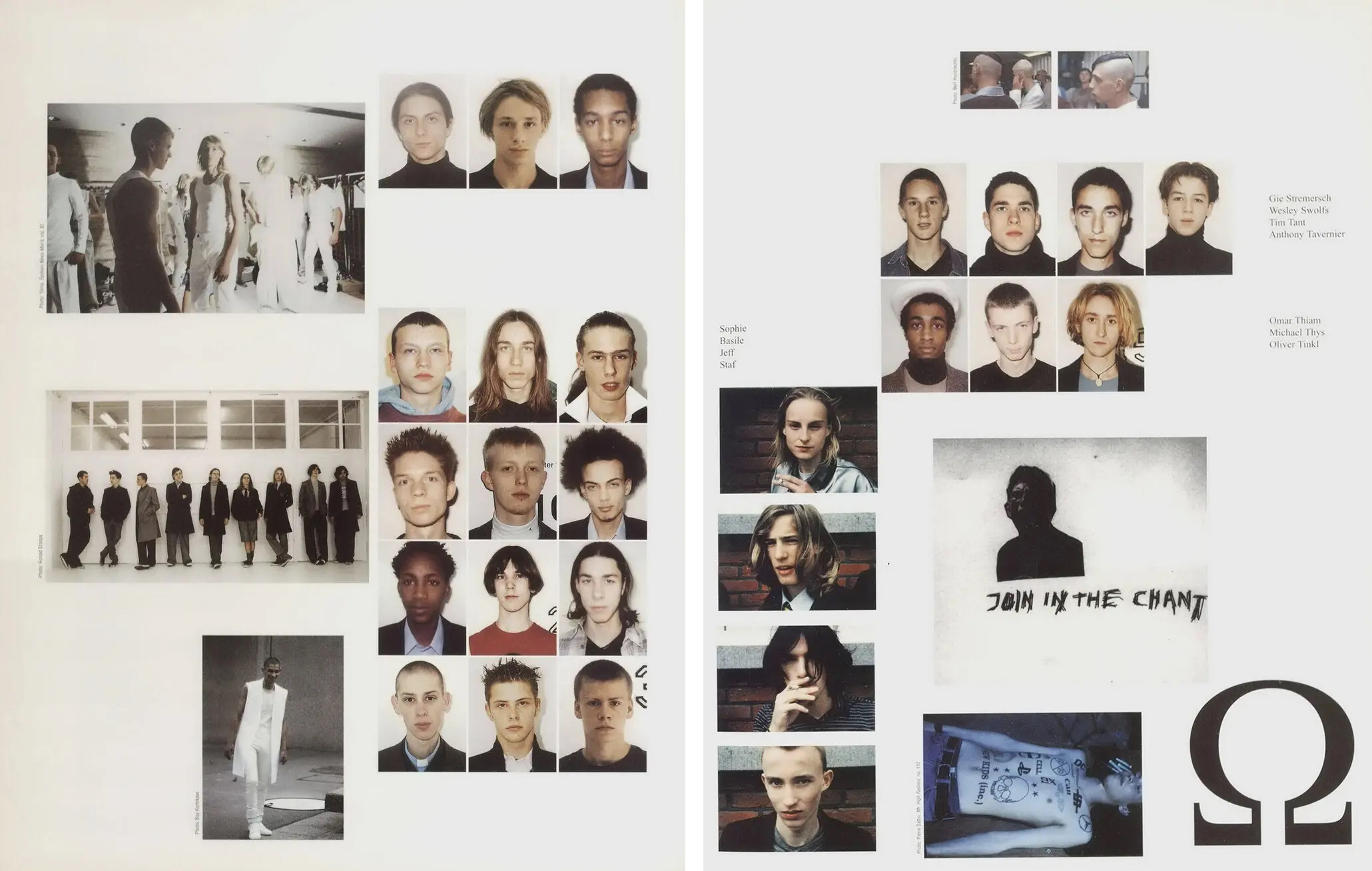 There are some great designers working in new business models and pushing the boundaries of what is possible in the industry, from ELV Denim with their a reputable, scalable upcycling model and Bethany Williams working with social projects and disenfranchised communities to The Fabricant and their digital fashion agency creating garments unrestricted by the boundaries of the physical world but none feel as culturally relevant as Simons. I think we need a new designer or collective of designers to push us into the next era of what the fashion industry can be. The building blocks for greatness are there for someone to take, experiment with, and transcend what it means  to be a fashion brand. I think we are on the verge of finding our generation's Rei Kawakubo, Antwerp Six or indeed Raf Simons.

I say this with both a sadness for what has ended and an excitement for what will come next, Raf Simons the brand is no more, LONG LIVE RAF.

Be the first to know about new collections, articles and exclusive offers.